This Cookbook is one of the main deliverables of the first phase of the Interreg Europe Eurega project. The project brings together partners from multiple European countries – the Netherlands, Finland, Spain, Ireland, Greece, Romania and Hungary. The partners all have the same overarching aim to support and influence regional policies for SME’s working in the gastronomy sector. This Cookbook can be seen as a summary of what has been discussed and learned during the implementation of the project. It also serves as a source of inspiration for the partners to continue the useful cooperation they have built up with their regional stakeholders. Finally,  the  document  includes recommendations which could be useful for other regions in Europe with similar challenges and objectives.

The project was inspired by the fact that despite the food sector’s economic potential, and food and gastronomy’s potential of creating distinction and attraction in the global arena, and the ability of impacting multiple aspects of social life by creating collaboration between different sectors, European food and gastronomy are underestimated as cultural heritage and regional economic development driver and are not utilized effectively as public diplomacy instruments. The following section gives an outline of how food and gastronomy are potential drivers of regional development and of how the EUREGA project contributes to this recognition.

As competition between regions keeps increasing in the global arena, local culture is becoming an increasingly valuable asset in creating attraction and driving economic growth. Gastronomy and food being social and cultural heritage, being central to identity formation (Hjalager, Richards 2002), as well a major contributor to Europe’s economy, play an essential role in this process. Food has a multifaceted connecting role in society and sustainable food systems are supportive of sustainable communities. It impacts people’s lifestyles, habits, health and is central to planning for land, water, energy, transport and eco-system services. Food related business activities stimulate collaboration with multiple other sectors – such as tourism, agriculture, hospitality, education, well-being, handcraft, etc. (Cavicchi, Stancova; 2016)

Regarding its economic potential, food and drink industry is the biggest manufacturing sector in the European Union in terms of jobs and value added. According to Eurostat data published in 2019 the industry generated a yearly turnover of €1,192 billion and a value added of €230 billion. It maintains the characteristic of a stable, resilient and robust sector by maintaining stable growth over the past 10 years and it is a key job provider and relatively stable employer by employing 4.72 million persons. The food industry accounts for 290,000 SMEs that generate 50% of the industry’s turnover and provide two-third of the jobs within the sector. Therefore, their contribution to growth is crucial. (Food & Drink Industry Europe; 2019).

Although the EU food and drink industry is generally competitive on a global scale as European specialties are well appreciated overseas, products are of high quality, healthy and safe,  the  relative competitiveness of the sector compared to other world food producers has experienced a decrease. It has seen a slower growth in labour productivity and added value. The European Commission has taken multiple initiatives in order to improve the competitiveness of the regions food industry and thereby it’s contribution to the region’s attractiveness and economic growth. 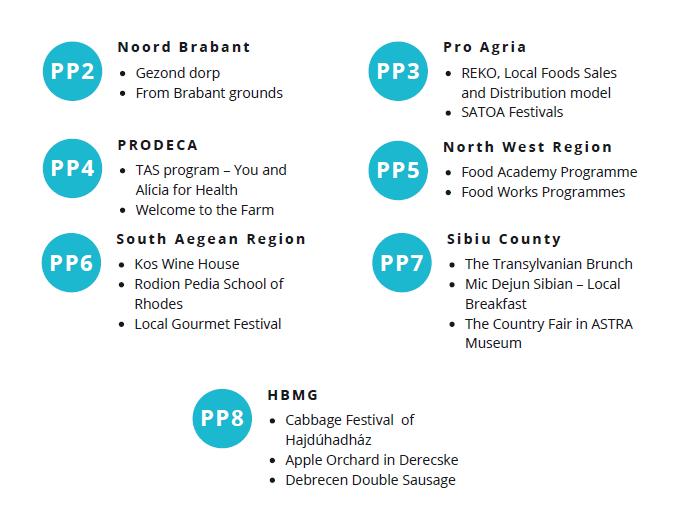 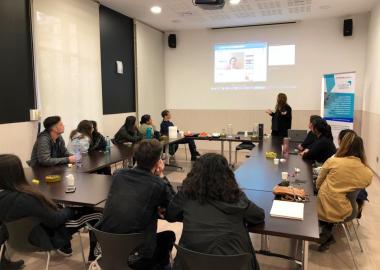 A group of American students from several California universities visited Prodeca as part of the UCEAP programme on Mediterranean Policy, Food and Culture.

Today, 20 November, was the second meeting of the Stakeholder Platform of the European Project Eurega, part of the INTERREG programme https://www.interregeurope.eu/. Prodeca is a partner of this project, which started in June 2018 and will run for four years. 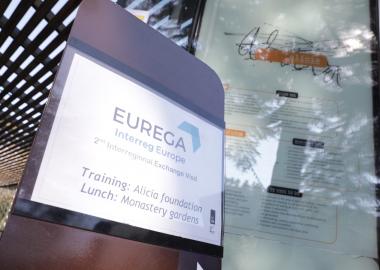 Catalonia is hosting the Interregional Exchange Visit of the EUREGA project (EUropean REgions of GAstronomy) from 26 to 29 March in Barcelona and Bages. The meeting will focus in particular on the intersection between gastronomy and education and the Catalan experience in this area.