The application of the new tariffs of the Trump administration to European agri-food products has had a cost for Catalan food and beverages of 50 million euros, according to data from Prodeca. The sectors most affected in these first ten months of tariffs have been wine, oil and pork and all Catalan agri-food exports to the United States have decreased by 16.24%.

In October 2019, the Trump administration imposed new tariff hikes on European agri-food products such as wine, olive oil, pork, cheese or nuts, among many others. According to Prodeca’s stimations, since their entry into force and until August 2020, these tariffs had an effect of about €50Mn on the Catalan transactions of food and beverages.

Specifically, the real impact of the tariffs has been €13Mn, and it must be added more than €36Mn due to the loss of sales of these products. In total, Trump’s tariffs have affected 22.7% of the value of Catalonia's exports to the US.

Vegetable oil (including extra virgin olive), still wines, and pork have been the most affected products of these new taxes. In oil, it has a global impact of €17.5Mn (€7Mn due to the overrun cost and 10.5 in sales). In wines, €8.5Mn total (€4.5Mn due to tariffs and €4Mn in sales). The pork sector has also been one of the most affected, although not so much due to the cost of tariffs (€0.8Mn) but the loss of value of exports compared to the same period of the previous year: the €22Mn exported has gone to just over €3.25Mn.

The decrease in the figures is explained because, with the new Trump’s tariffs, Catalan products have lost competitiveness compared to other countries, such as Greece, Italy, or Portugal. That implies that someone within the distribution chain (producers, consumers, or importers) bears the brunt of the new tariff. In this period, the value of Catalan agri-food exports in the US has decreased by 16.24%.

The United States, a key market for the Catalan agri-food sector

With a population of 325 million and an important profile of premium consumers who know and appreciate the concept of the Mediterranean Diet and Catalan gastronomy, the US is the 9th destination for Catalan agri-food exports: it represents a business volume of €323.68€ in 2019. With a  47.62% growth in the last five years (2014-2019), the forecast for the next five years is 10%, an annual average of 2%.

These positive prospects, however, can be cut if the protectionist policy that began with Donald Trump is maintained with the new Joe Bide administration. Both, one as president and the other as a candidate, have opted to strengthen internal trade and reduce dependence on international markets such as China or Europe. No changes are expected, therefore, in the short term, despite the fact that Biden's new spirit in the international arena (which he already demonstrated as vice president) may open a window that allows the current situation to be reversed. 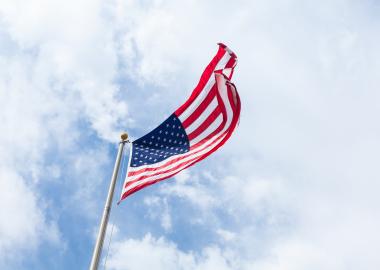 Catalonia exceeds € 10,000 million in agrifood exports for the first time