Catalonia currently has 347 olive oil companies with a combined turnover of € 873 million and 1,459 employees. These data come from the report, prepared by ACCIÓ and Prodeca, that has been presented coinciding with World Olive Day. The study measures the whole olive oil sector in Catalonia, one of the most important in the food sector.

According to the report, the vast majority of Catalan olive oil companies are SMEs (in 99% of the cases). It’s a consolidated sector, with more than 60% 10-years-experienced companies and which 25% of them with more than 50 years. By territories, 51% of these companies are concentrated in Tarragona (179), while in Lleida, which occupies the second position by number of companies (89), 64% of the turnover is concentrated (€ 554.63M).

The Catalan olive oil ecosystem also groups different clusters (Clúster oleícola de Catalunya, Catalonia Gourmet, Innovi, Food Service Cluster ...), which work on projects related to this product; interpretation centers and museums and other entities and associations (Federation of agricultural cooperatives of Catalonia, Center of culture of oil of Catalonia in La Granadella, Center of Interpretation of Oil and Productive Economies of Montsant, etc). It also hosts fairs and events in which oil has a relevant role, such as Alimentaria or BioCultura.

The study also highlights that 30% of companies export their products to other markets, while Catalan oil exports reached close to € 2,000 million in the period from 2015 to 2019. The main Catalan olive oil main markets during this period are France, Italy and the United States, which means 43.4% of the total Catalan sales of this product abroad. 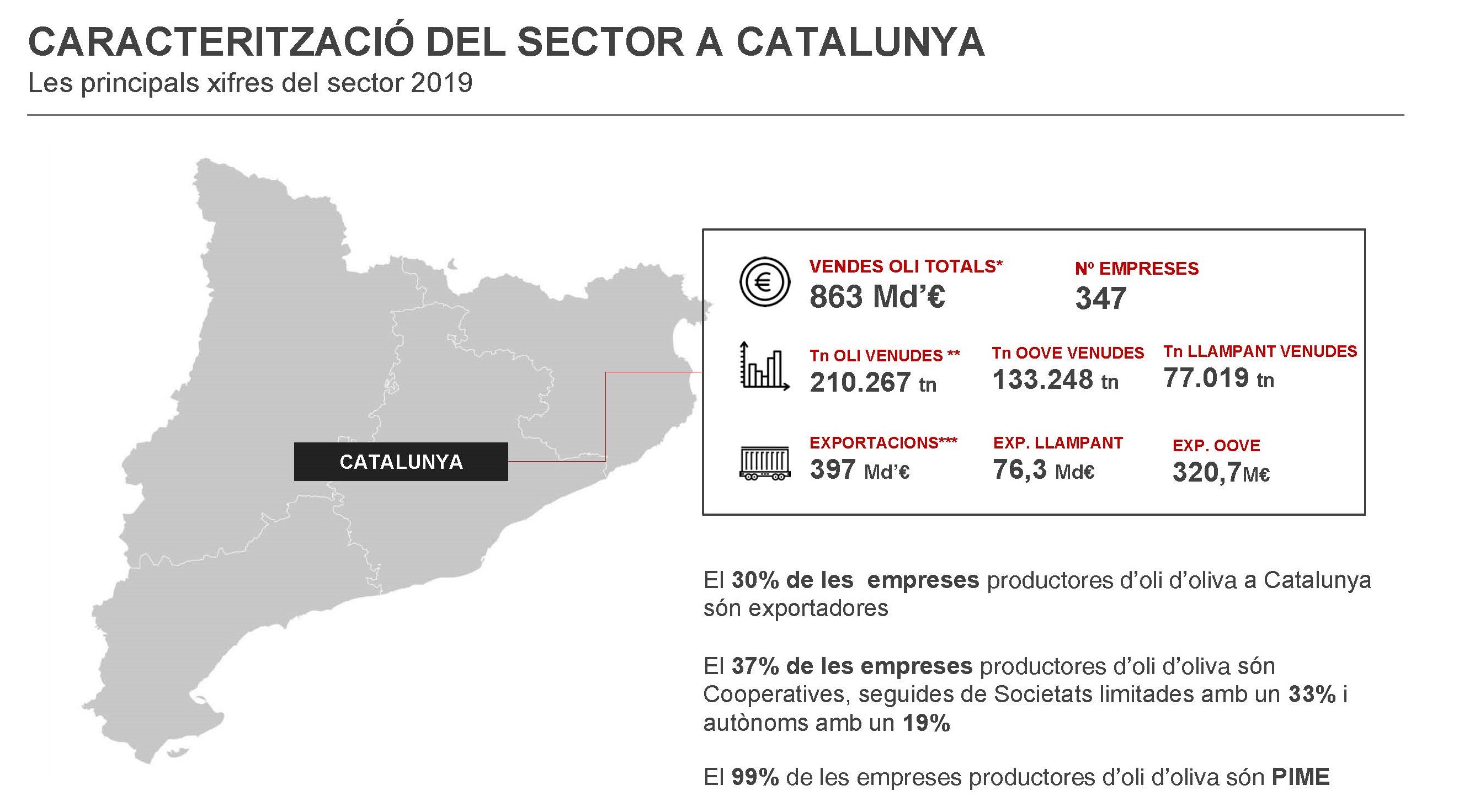 From production to commercialization

In the last 7 years (2013-2019), on average in Catalonia 29,226 tons of oil are produced, 95% concentrated in Lleida and Tarragona. 85% of the oil produced in Catalonia is EVOO category, although in Baix Ebre-Montsià the majority production is lampante (15% in the whole of Catalonia).

Last but not least, in recent years an average of 210,267 tons of olive oil have been marketed: only 15% of the oil marketed from Catalonia is produced in Catalonia. Of the total olive oil sold, 63% is EVOO, with a strong focus on the mass market, while the remaining 37% of the volume corresponds to refined oil (lampante). It should be noted that the industrial channel (as an ingredient for food products, cosmetics or preserves) represents 20% of the volume sold. 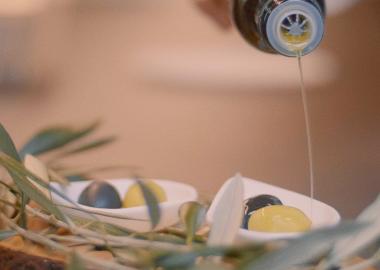 The Catalan territory has a very wide variety of excellent olive oils, highlighted by the wide range of flavors, aromas, colors and characteristics of each territory that cause a unique personality of each Catalan olive oil. 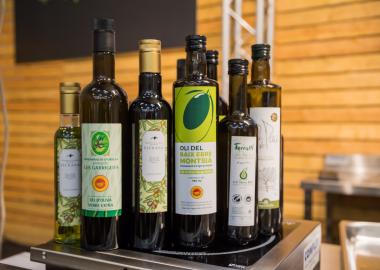 On Wednesday 20 November, as part of the Gastronomic Forum and with the support of the International Olive Council, Prodeca hosted a panel discussion on extra virgin olive oil (EVOO) with a number of stakeholders.